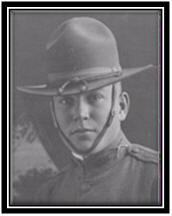 Captain Marcellus Holmes Chiles was another Denver boy who paid the supreme sacrifice, having been a member of Company A, 356th Infantry, 89th Division. He died on November 5th, 1918, from wounds received in action in the Argonne. He was designated as one of the one hundred heroes of the World War.

He was awarded the Congressional Medal of Honor (posthumously) and his citation reads as follows:

For conspicuous gallantry and intrepidity above and beyond the call of duty in action with the enemy near Le Champs Bas, France, November 3, 1918. When his battalion, of which he had just taken command, was halted by machinegun fire from the front and left flank, Captain Chiles picked up the rifle of a dead soldier and calling on his men to follow, led the advance across a stream waist deep in the face of the machine gun fire. Upon reaching the opposite bank, this gallant officer was seriously wounded in the abdomen by a sniper, but before permitting himself to be evacuated he made complete arrangements for turning over his command to the next senior officer, and under the inspiration of his fearless leadership his battalion reached its objective. He died shortly after reaching the hospital.

Marcellus Holmes Chiles was buried in the Argonne American Cemetery, Plot C Row 31 Grave 23, Romagne Sout-Mont-Fancon, Department of Meuse France. A current picture of the Cemetery is available on the The American Battle Monuments Commission website.http://www.abmc.gov/cemeteries/cemeteries/ma.php

SERVICE: Enlisted in the Army. Served during World War I. Chiles had the rank of Captain. Served with 356th Infantry Regiment, 89th Division.

CIRCUMSTANCES: Chiles experienced a serious casualty which ultimately resulted in loss of life on November 05, 1918. This occurred in or around France. Circumstances of the casualty were attributed to: “Died of wounds”

AWARDS: Listed are some of the awards and medals that Captain Chiles either received or may have been qualified for. This is probably not a complete accounting. There may be other awards received we do not have records of.

INFORMATION: Chiles was born in Eureka Springs, Arkansas, to John Horne Chiles. He later moved to Denver, Colorado, where his father worked as a lawyer. He was a student at Colorado College when World War I began. After attending an officers’ training camp, he was appointed a second lieutenant in the U.S. Army in August 1917. 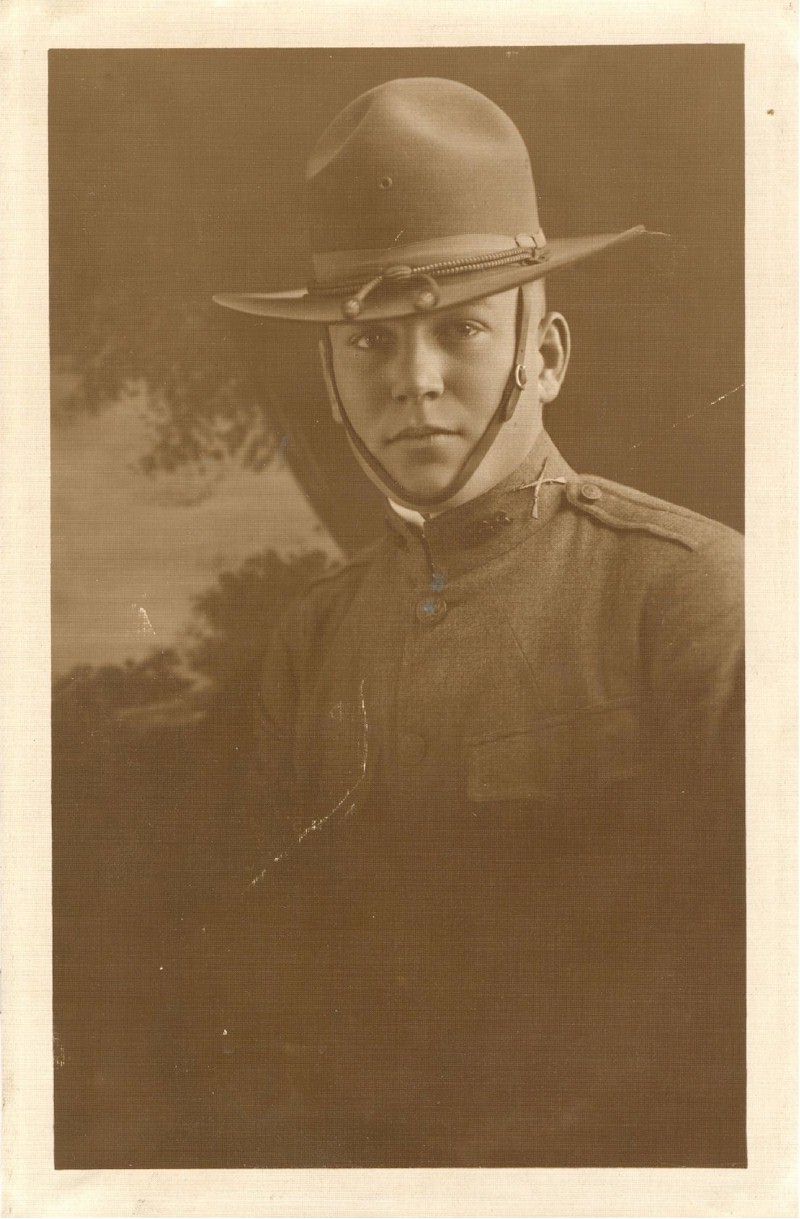 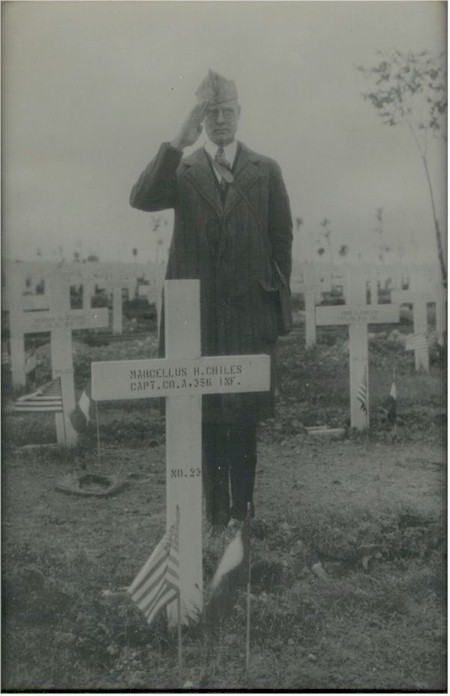 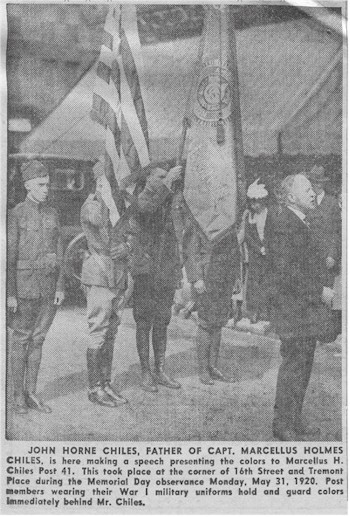 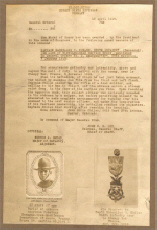 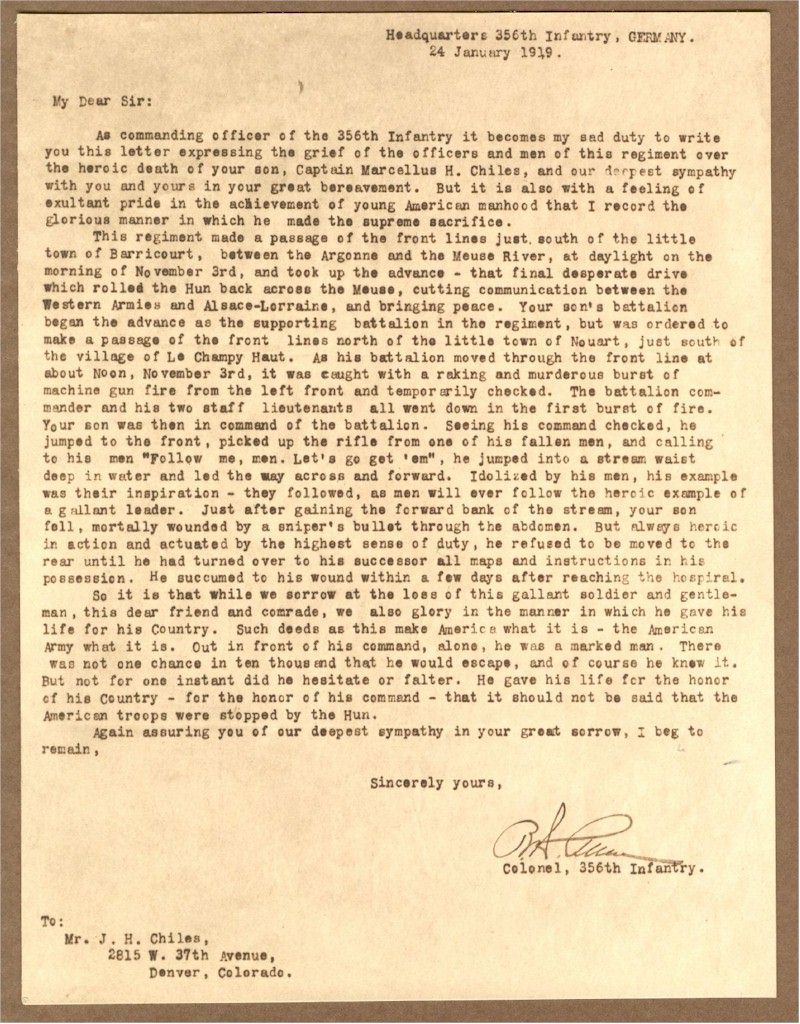