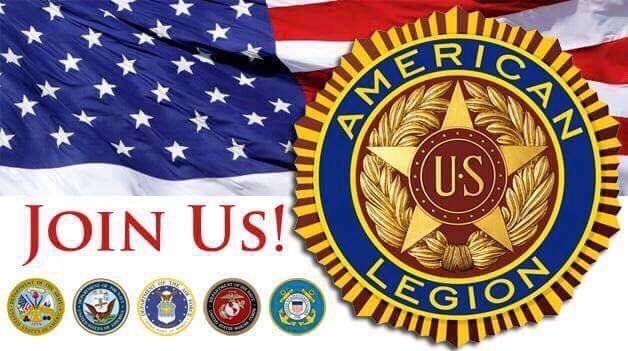 We are veterans just like you.Service to our veterans begins with our membership base.  Without members we would have no voice on Capitol Hill nor could we achieve the entitlements and support to our veterans, their families, their communities, our state and nation.

Our service to veterans and their communities are manifested in our programs.  There are many to choose from our veterans, Children and Youth and Americanism programs.  Single theme or service posts can be drawing cards for starting new posts.  Legion officers at every level should be coaches, motivators and consultants in helping posts develop and maintain programs.

Our Legionnaires, Auxiliay and Sons of the American Legion Members  participate in many community activities such as parades, memorials, dedications, etc.

If you have served federal active duty in the United States Armed Forces since December 7, 1941, and have been honorably discharged or are still serving – you are eligible for membership in The American Legion!

*Because eligibility dates remain open, all active duty members of the U.S. Armed Forces are eligible to join The American Legion at this time, until the date of the end of hostilities as determined by the government of the United States.

We invite you to join us now. Membership brings an impressive array of benefits. The American Legion is always there for you and your family. Just like you, we’re “Still Serving America!”

Sons of the American Legion Membership

Founded in 1932, Sons of The American Legion exists to honor the service and sacrifice of Legionnaires.

All male descendants, adopted sons and stepsons of members of  The  American Legion, and such male descendants of veterans who died in Service during World I, World War II, the Korean War, the Vietnam War, Lebanon, Grenada, Panama, the Persian Gulf War and the War on  Terrorism, during the delimiting periods set forth in Article IV, Section 1, of the  National Constitution of The American Legion, or who died subsequent  to their honorable discharge from such service, shall be eligible for Membership in the Sons of The American Legion.